Every Minute Motherland a “meditation on mourning”

A touching review of Every Minute Motherland has been published on a know German portal tanznetz.de by Torben Ibs.

It is an evening that leaves the emotions on the stage and invites the audience to watch this meditation on mourning. Everything remains incomprehensible and at the same time directly touching.

Every Minute Motherland “as oppressive as it was fascinating”

Helmut Jasny from Westfälische Nachrichten reviws Every Minute Motherland as

The piece, was as oppressive as it was fascinating. (...) Horrific in statement, frighteningly beautiful in artistic execution.

A detailed and in-depth review of Every Minute Motherland by Melanie Suchy appeared on Tanzweb.org

The choreography avoids clear descriptions and drama, but relies on the wisdom of sensitive and multifaceted dance, on the superbly attuned group and the audience's ability to observe and empathize with every minute.

War in my body – Every Minute Motherland review

A very sensible review by Justyna Stanisławska on Every Minute Motherland appeared on 20.09 on the country-wide portal taniecpolska.pl .

a multidimensional story about what the war does to the human body and human interior, but also how it affects space and time. […] the viewer takes a journey into the deepest recesses of his sensitivity.

A great review after the premiere of my body falls lighter at Staatstheater Kassel. In an article titled "The play of the time travelers" Kirsten Ammermüller in Hessisch Niedersächsische Allgemeine writes

Kuźmiński uses the most diverse elements of an organic movement language (...) A convincing complete work that appealed to the audience above all emotionally and challenged their senses (...) goes far beyond modern dance theater.

A great review of the first foreign performance of Plateau. Thomas Linden in Koelnische Rundschau writes

With epic breadth, but also with many great images, with a cleverly ironic text and a well-rehearsed ensemble that moves like an oiled machine, the spectator is offered a concentrated dose of dance theatre performance.

The three women, like in fairy tales, resemble many, but destiny set their course in bitter asymmetry.

First review of Parting Ways was published in an on-line magazine f21.hu.

Against the background of patriotically associated music we see a set of motion clichés, which can constitute a satirical image of modern society (not only Polish)

An in-depth review of Fabula Rasa by Polish Dance Theatre has appeared on Poznań cultural website. 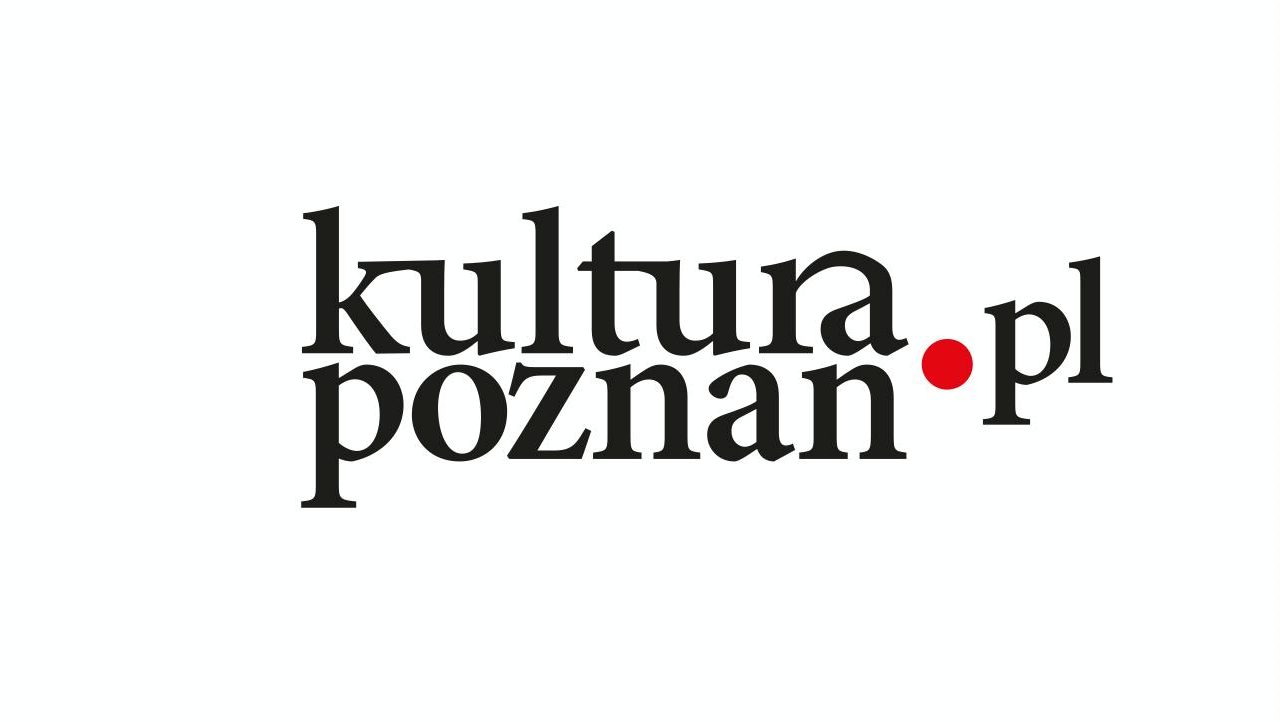 under constant stress in merciless competition until the world collapses

Michael Scheiner writes about Ampelmenschen for the Mittelbayerishe Zeitung.
Read the whole review of Tanz.Fabrik!Sieben evening under this link

a very intellectual although by no means pretentious, but rather amusingly ironic.

A new review by Jerzy Doroszkiewicz appeared after the Białystok performance that sparked controversy at the Kaleidoscope Festival. Read the whole review in Polish

Comic scenes and monologues that bring to mind the humor of Monty Python’s movies, amuse and worry at the same time

Monika Witkowska from Poland danced to present the terrible political situation in her country, especially the attempt to tighten the abortion law, for which she received public applause.

The solo piece "I fought Piranhas" by the Polish choreographer and company director Maciej Kuźmiński was read like a feminist statement, danced viciously and with defiant anger by Monika Witkowska.

“[...] The penetrating music of Steve Reich (It's Gonna Rain, pt. 1) requires so much attention that it takes effort as a spectator to follow the dance. Nevertheless it succeeds, thanks to the striking choreography of Maciej Kuzminski.” – Jennifer Schreurs
Read more
reviews / June 8, 2018

“[...] a beautiful scene at the end when all the lamps come down to spy on the dancers piece by piece” – Ruben Brugman
Read more
reviews / June 7, 2018

“I loved the pastiche of the Dance of the Little Swans from Swan Lake by three masked dancers.” – Michael Hasted
Read more
reviews / June 6, 2018

“The man as a dancing animal in a world of rules of behavior and social demands can be seen in It's gonna rain by Maciej Kuzminski” – Dick van Teylingen
Read more
reviews / February 16, 2018

“The work draws the viewer into it's inner world, subtlely regulating the changes of the mood, reflecting elusiveness of the past and subjectivity of memory" - Hanna Raszewska
Read more
reviews / January 11, 2018

“Delving into this bizarre, non-linear world of Archipelago, a series of incredibly aesthetic, surrealistic images, one can experience the very nature of time” – Joanna Sarnecka
Read more
reviews / November 13, 2017

Witkowska performs dynamic choreography with technical precision, energy and commitment. The heroine's internal opposition to the situation is palpable, and the will to fight has authenticity, which makes the whole convincing.

Read the in-depth whole review in Polish by Weronika Łucyk

Piranhas “the most interesting statement” of Gdańsk Dance Festival

definitely the most interesting is the statement by Monika Witkowska, addressing an important topic (calling it "feminist" would be another condemnation to the sex ghetto, a universal problem), verbal message enriching with a strong, expressive, consciously non-defective movement.

“The work doesn’t show off with learnedness but approaches the questions of identity and difference unforced through the means of dance” – Tenka Issakainen
Read more
reviews / December 20, 2016

After Before a “collective body’s practice of presence” 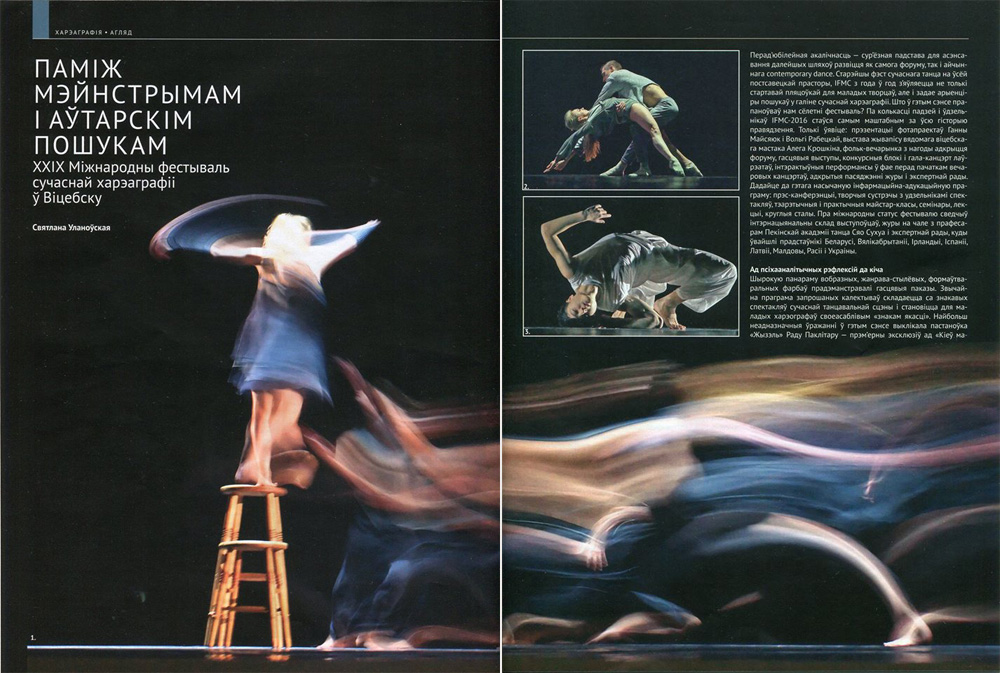 A review of After Before has been published by Svetlana Ulanovskaya after the IFMC festival, where the work has been awarded the I-st Prize.
Read more
reviews / August 18, 2016

Room 40 “one of the strongest performances of the festival”

“Metaphysical elements are expressed through a beautiful, aesthetic movement, making us reflect but without imposing anything. Room 40 definitely belonged to one of the strongest festival presentations - not only among the Polish productions.” – Weronika Łucyk
Read more
reviews / June 20, 2016

“Each part of the diptych could function as an independent whole, being a bodily representation of philosophical considerations. Yet together they successfully form a coherent performance, where the three performers differ enough, to make the repetition intriguing.” – Hanna Raszewska
Read more
reviews / June 15, 2016

"Room 40, however, seems not only a critique of patriarchy, but a metaphysical treatise on the lack of ethicality of art. [...] is also a beautiful story about life, which is permanently marked by the possibility of death" – Alicja Müller
Read more
reviews / June 8, 2016

“Dominique is a powerful socio-political statement, coherent on every level, […] delivered in a layered way, which allows it to be accessible to more than just dance audience.” – Hanna Raszewska
Read more
reviews / June 6, 2016

“Dominique is an example of a excellently constructed critical choreography, which strength lies not in the poetics of shock or excess, but in a smart wit brilliantly performed by Dominik Więcek.” – Alicja Müller
Read more
reviews / April 10, 2016

“One of the few solos, that touched on a serious subject – the fragility of identity, and played it with humor.” – Brigitte Jähnigen
Read more
reviews / November 2, 2015

Room 40 “casts the audience a brutal challenge by the image of the body with its raw physicality and organicity” – Hanna Raszewska
Read more
reviews / July 15, 2015

“The whole gives an excellent impression. [..] This work appears as more than just a solo made for a competition
Read more
reviews / June 23, 2015 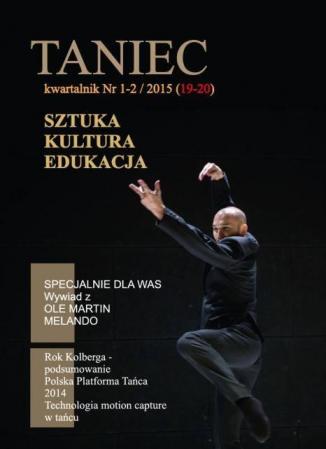 Room 40 – “a poetic and touching performance”

Room 40 one of the most interesting productions of 2014

“The many foreign dance representatives and journalists, who attended the Polish Dance Platform in Lublin, were impressed by Maciej Kuźmiński’s choreography and the rawness of the performance itself.” – Joost Gouziers
Read more
reviews / November 19, 2014

Room 40 “on the verge of physical oppression and pain”

“One of the few solos, that touched on a serious subject – the fragility of identity, and played it with humour.” – Agnieszka Dybek
Read more
reviews / September 11, 2014

‘Maciej Kuźmiński’ “was raw and honest”