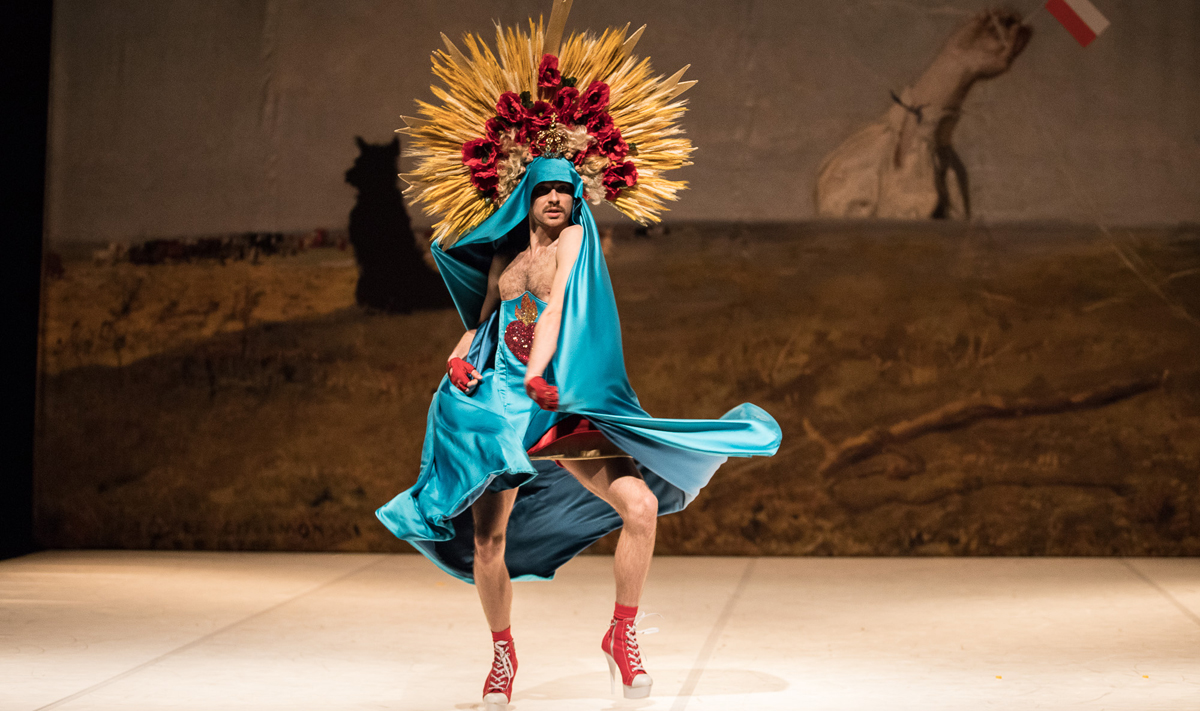 A fusion of dance and theatre, an old buffalo in new ballet shoes, a wild boar with wings! It is the combined work of a (Polish) choreographer and a (emigrant) director – a high wire balancing act of collaboration, with death defying leaps, and (hopefully) laughter, and high entertainment!

But first, we have to warn you, it’s not all fun and games.

We live in very uncertain times, this plateau we find ourselves on today is made of quicksand and tombstones! Everything we once held dear and true (our moral compass, our solidarity) has been caught in the global trade winds and the all knowing (all seeing) eye of asocial media.

Our dear nation has nearly split in half with the strain, we are suspicious, we hang the dogs on everything and everyone, we dabble in conspiracies, we scan the horizon for a savior to show us the way out.

A very intense, interesting and dense spectacle that goes far beyond the dance theater. Full of words and captivating dance scenes, referring accurately to the present day, very journalistic. And in a multidimensional way telling about Poland. It perfectly accommodated Polish phobias, ills, myths, touched taboos, reaching for unobvious means of expression. 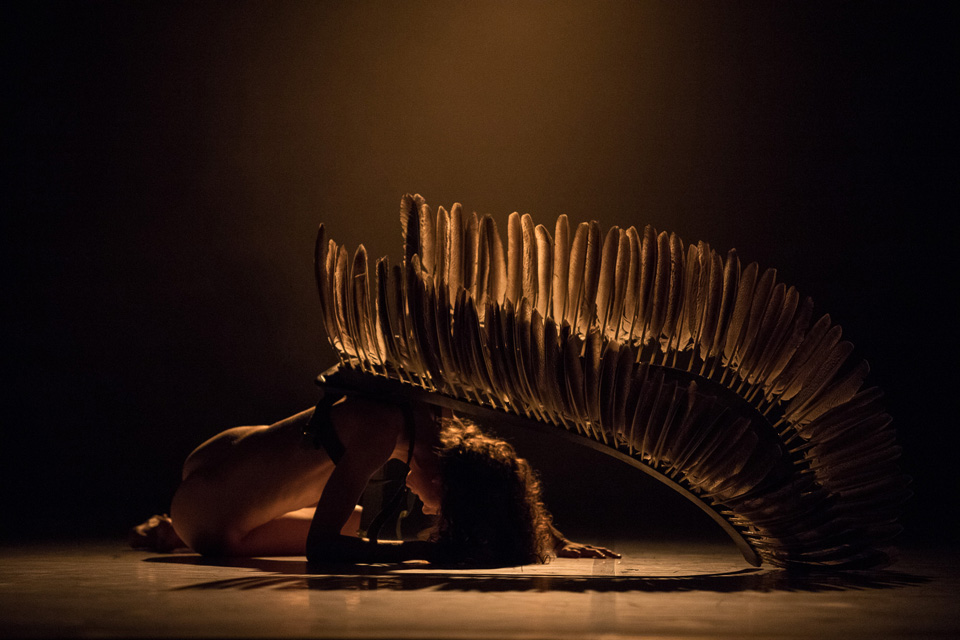 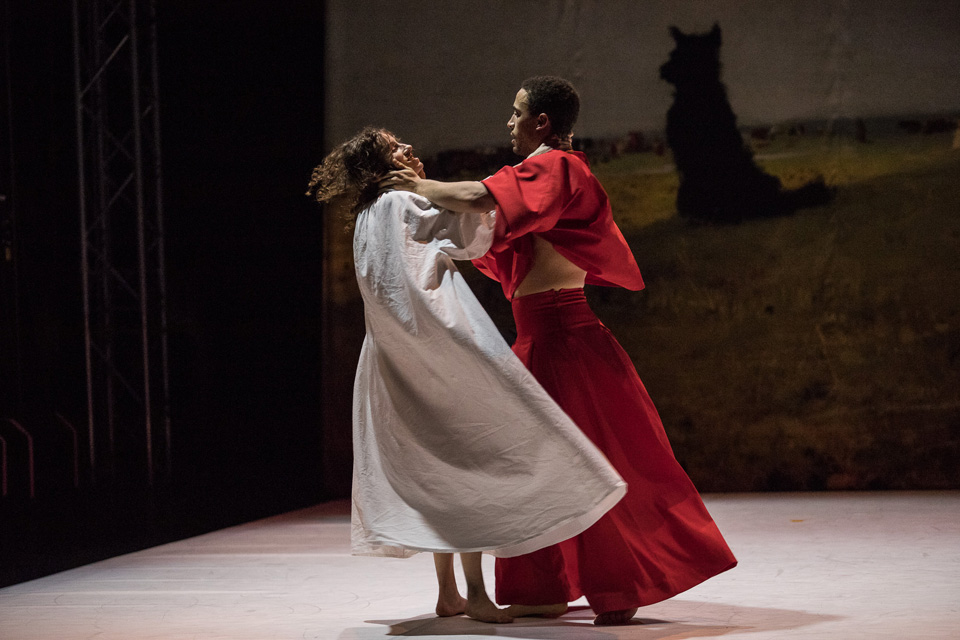 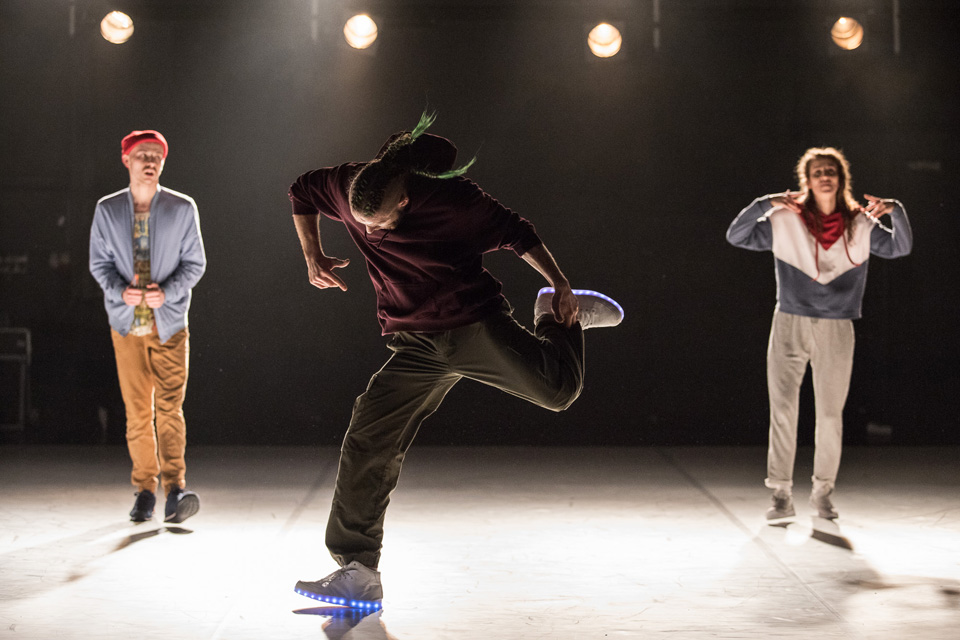 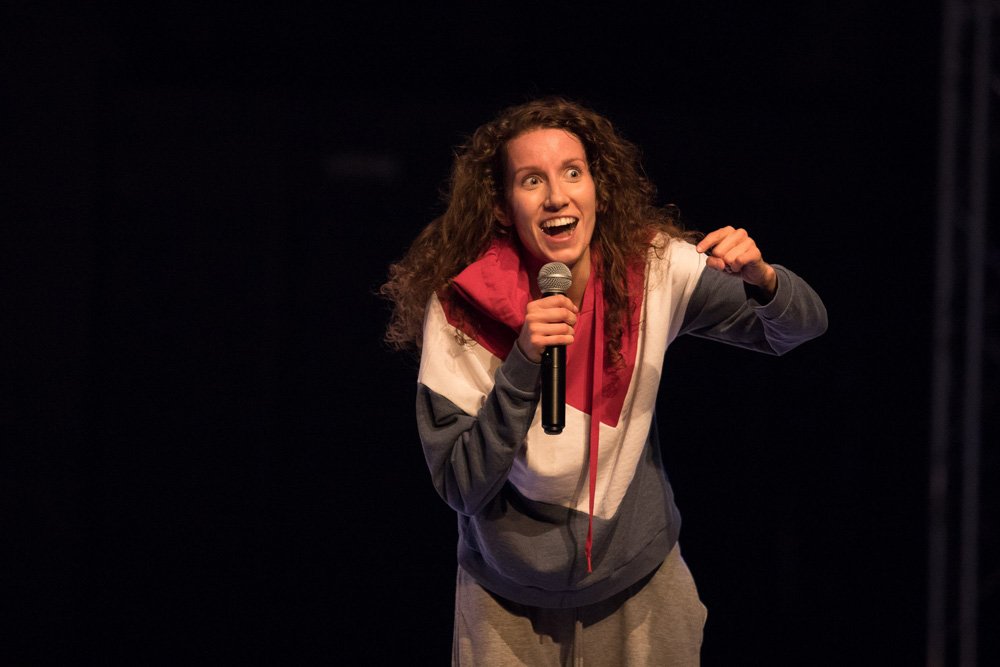 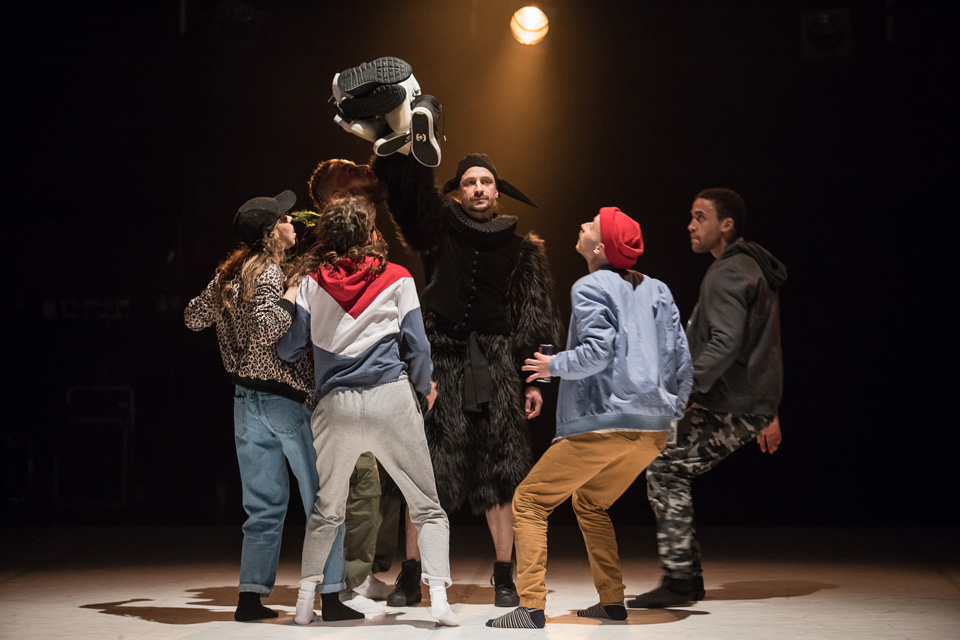 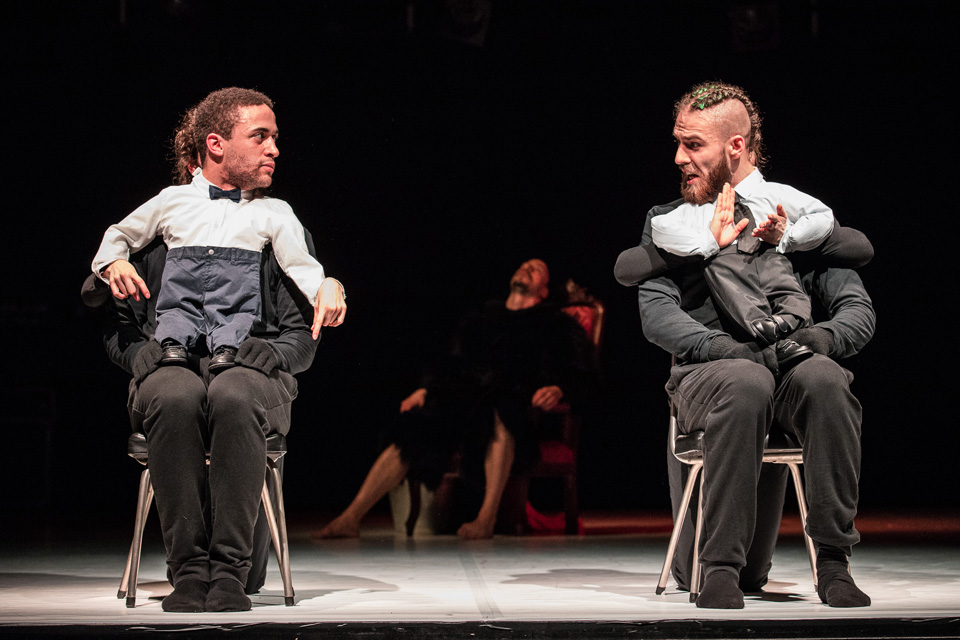 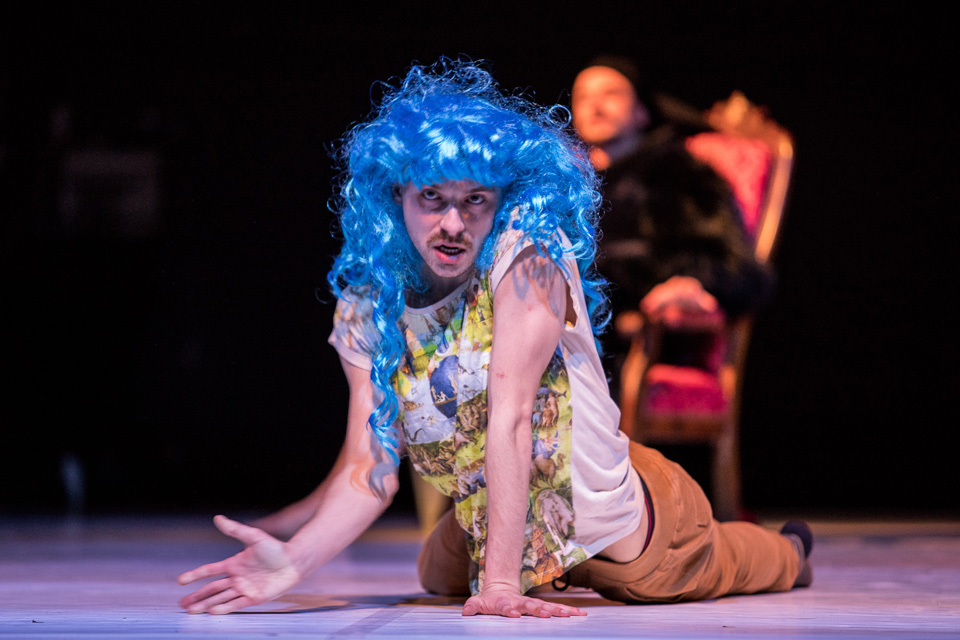 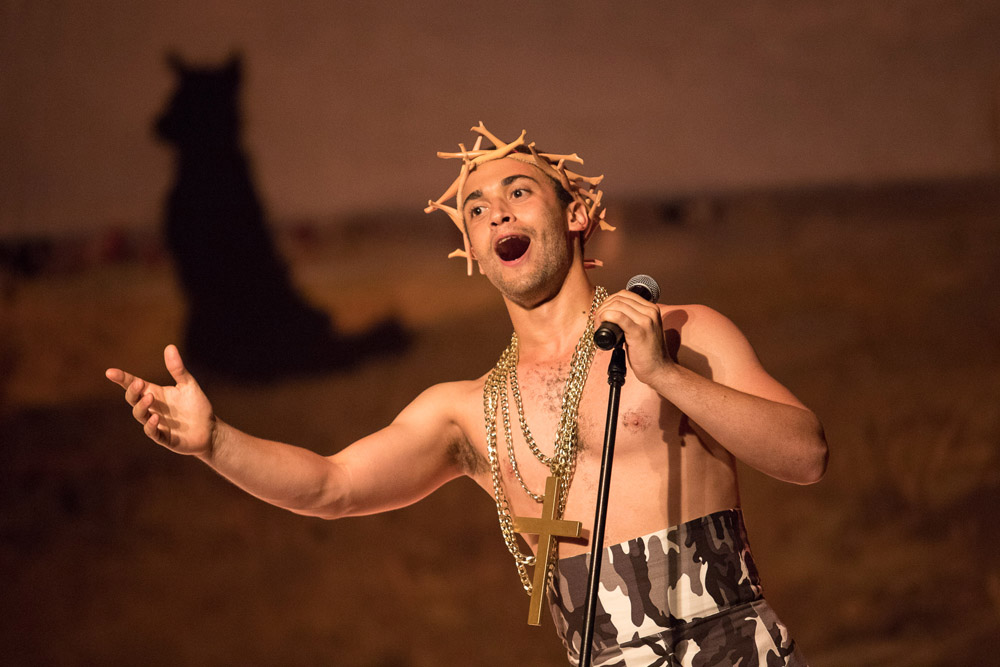 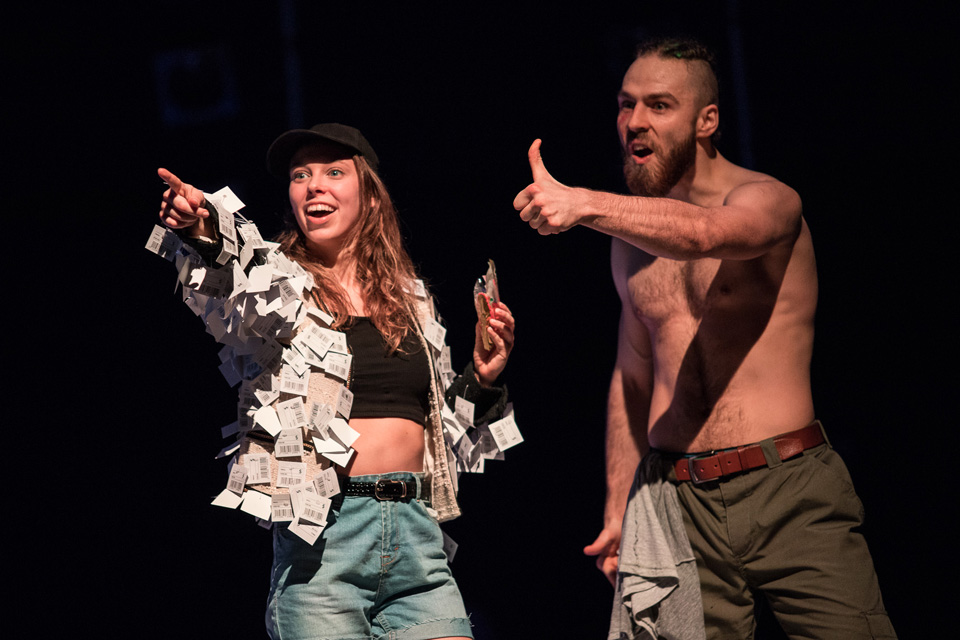 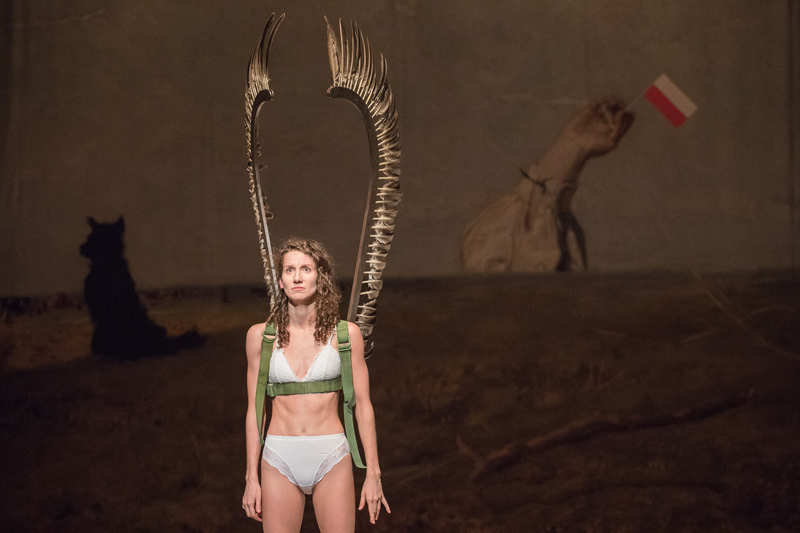 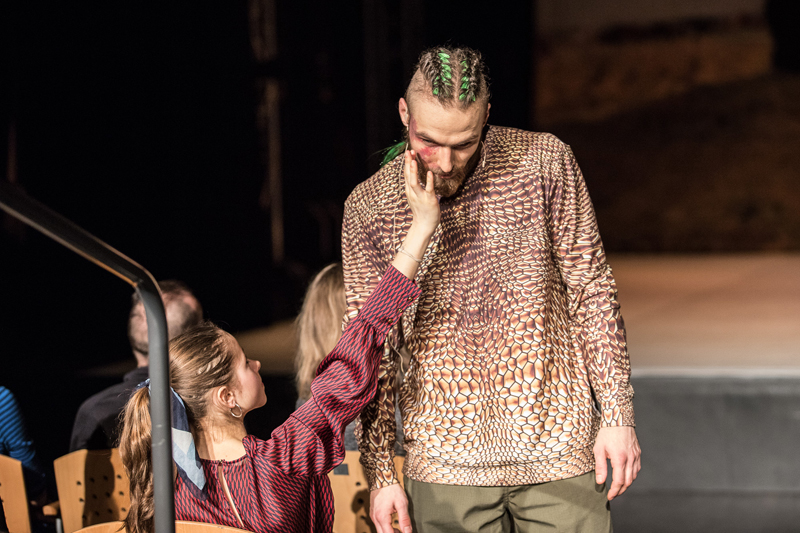 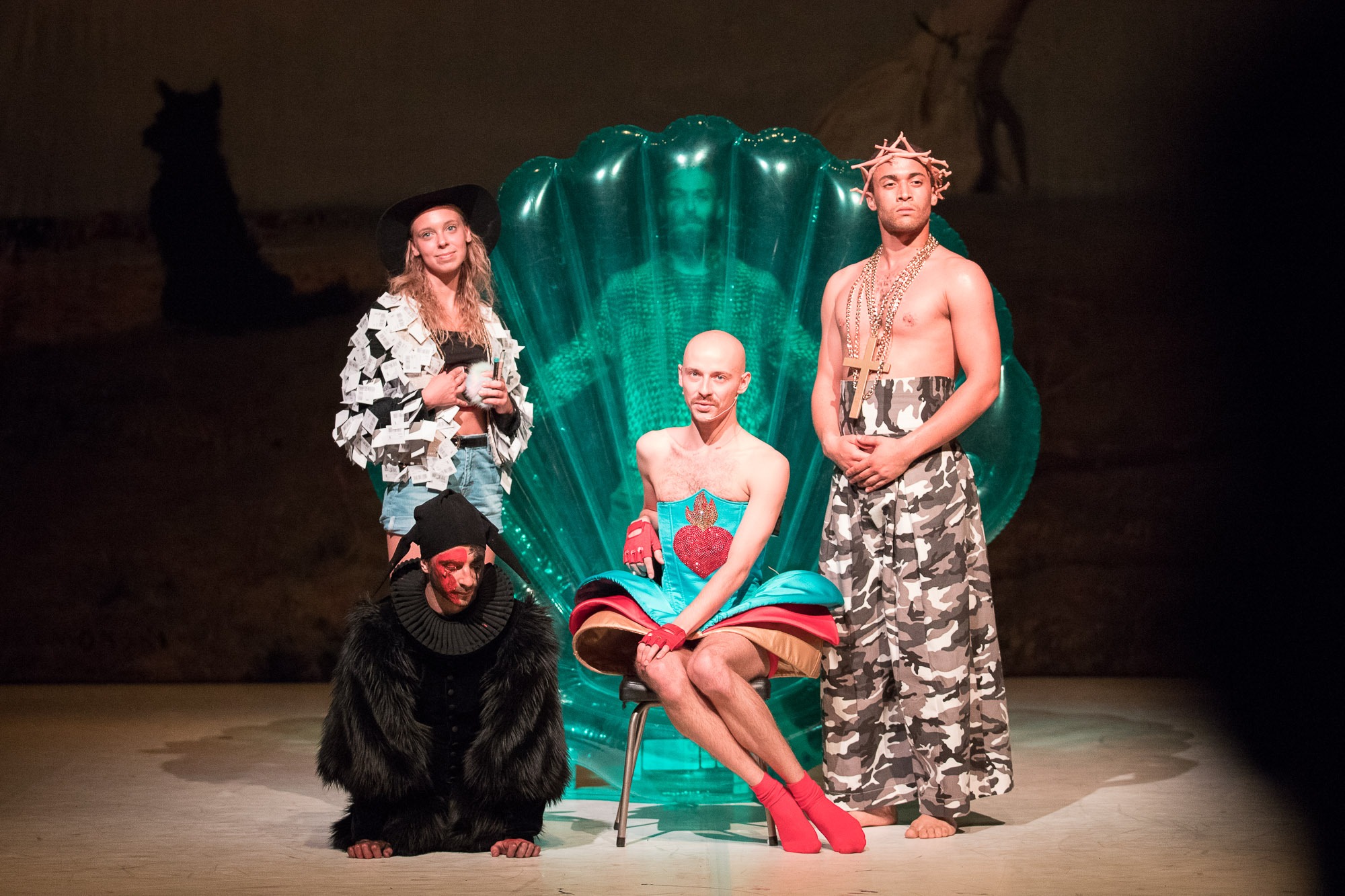 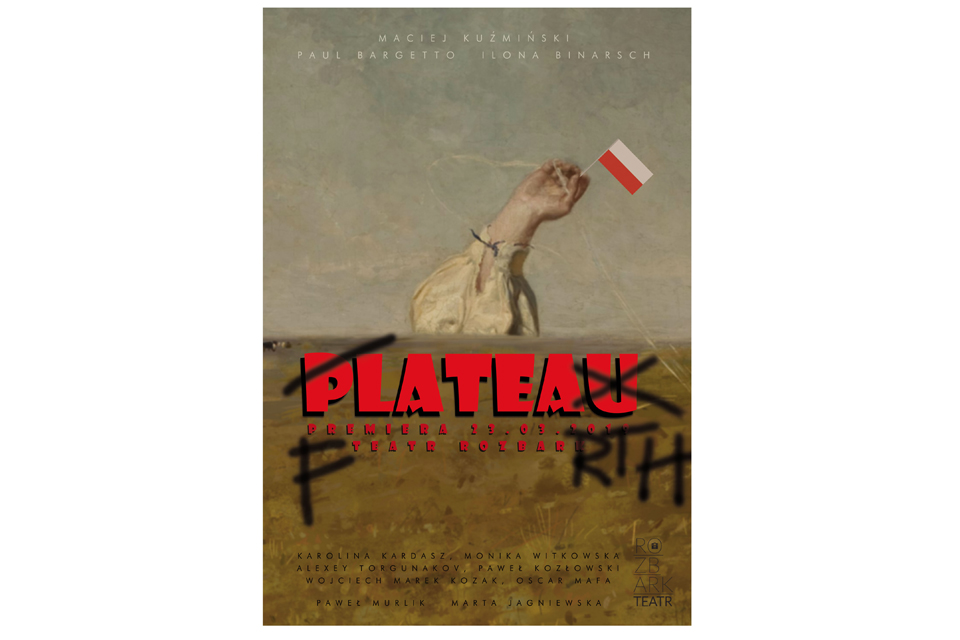 A very intense, interesting and dense spectacle that goes far beyond the dance theater. Full of words and captivating dance scenes, referring accurately to the present day, very journalistic. And in a multidimensional way telling about Poland. It perfectly accommodated Polish phobias, ills, myths, touched taboos, reaching for unobvious means of expression.

Comic scenes and monologues that bring to mind the humor of Monty Python’s movies, amuse and worry at the same time. […] The scene maintained in the convention of improvised theater, in which the actors portray Polish dramas, is a masterpiece of the grotesque. […] The last stage of the performance, in which the actress with the Hussar wings – the personification of Poland – stands on the proscenium in the underwear alone and delivers a poor artist’s manifesto is a truly moving moment that touches something extremely real.